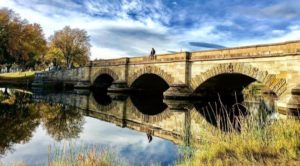 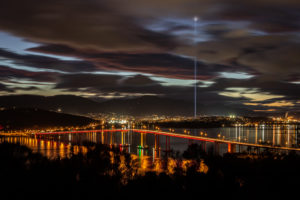 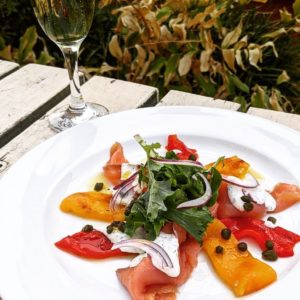 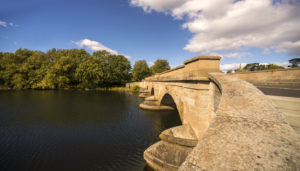 Tasmania is brimming with stunning natural scenery, fresh produce and artistic culture, but behind all that Tasmania has an interesting history. In fact, Hobart is one of Australia’s oldest cities, founded in 1804.

The states convict history is especially interesting and tells the tale of crime, punishment and hardship. In the early 1800s over 70,000 men, women and children were transported to Van Diemans Land, many of which came from British and Irish ports. Many of the convicts worked hard and won their freedom, helping to establish the new colony however some spent their lives caught in the criminal justice system.

One of the most famous penal sites in Australia, the Port Arthur Historic Site has a tumultuous history. The site was operated as a penal settlement between 1833 and 1877 and is the best-preserved convict site in Australia, and among the most significant convict era sites worldwide.

Today the Port Arthur Historic Site is a major tourist attraction and comprises more than 30 convict-built structures,  historic ruins and heritage gardens. Be sure to book a tour to fully experience the site.

Situated on the Tasman Peninsula and in close proximity to Port Arthur Historic Site is the Coal Mine Historic Site. The site was developed to limit Tasmania’s reliance on imported coal and became the place of punishment for ‘the worst of the worst’ convicts from Port Arthur. Here, convicts worked underground extracting coal while others were employed to work in construction, timbergetting and general station duties.

Today there are over 25 buildings remaining on the site, along with remains of coal mining activities. Entry to the site is free.

Found in South Hobart and at the base of kunanyi/Mount Wellington, the Cascade Female Factory was a place where convict women were sent to reform and be used as a vital source of labour.

While the factory has picturesque views of kunanyi/Mount Wellington, the site was cold and dark with the women enduring the harsh elements off the mountain.

The site is one of the most significant female convict sites in Australia with three of the original five yards and a matron’s cottage still intact today.

Important note: The Cascade Female Factory is currently undergoing some upgrades and will be closed until December 2021.

Other points of interest

Built in the 1830s to accommodate the growing number of convicts to the colony, the Hobart Convict Penitentiary is home to stories of crime and punishment with courtrooms, underground tunnels and solitary cells to explore.

Book a guided tour for access through the courtrooms and tunnels to the chapel where you will be immersed in the multi-sensory film experience, ‘Pandemonium’.

Constructed in 1823-1825, the Richmond Bridge is Australia’s oldest surviving large stone arch bridge. Built by convict labour, the bridge was designed as an important crossing point for people travelling by land between Hobart, the east coast of Tasmania and the Tasman Peninsula.

Today the bridge remains intact and visitors can enjoy the impressive structure from the grass banks for the Coal River.

The Richmond Gaol is also a must-visit convict destination and is the oldest and best-preserved convict goal in Australia.

Located just outside the heritage town of Ross on the Heritage Highway, the Ross Female Factory Historic Site operated between 1847 to 1854 as a probation nation for female convicts. While little remains of the factory, the Overseer’s cottage has been converted to a museum and shows a model of how to factory would have appeared in 1851.

In colonial times, the isthmus at Eaglehawk Neck played an important role in ensuring no convicts escaped the Port Arthur settlement. During this time, a line of ferocious dogs guarded the area to alert soldiers of any sound or disturbance.

While little ruins of the Eaglehawk Neck Historic Site remain intact, a bronze sculpture of a dog has been erected to mark where the dog line once was.

5 Historic Sites to visit in Hobart and Beyond

9 Things to do in the Coal River Valley

Tours and day trips from Hobart

10 things to do along the Heritage Highway

For more great events in the Heritage Highway, be sure to visit our Events page.